Are you ready to welcome cricket again in Pakistan? Again it’s an exciting time for Pakistani cricket fans as PSL 5 starting from next month. The wait is over and PSL 5 Teams Squads has been finalized last month. PSL 5 draft held on December 6, 2019. Following the five-hour-long PSL 2020 draft at Lahore’s national academy, here are the six teams with 18 players and two supplementary players squads starting in February 2020. All of the franchise has selected some of the best players from all over the world. In this article, You’ll get complete detail on all teams with their finalized squads. So stay tuned and read more about PSL 5 teams, categories, salaries and much more.

The PSL 5 featured players are divided into Platinium, Diamond, Gold, Silver, and Emerging categories. The player’s categories and their salaries are listed below:

There are many top-quality players included in the Platinium category. Many top-quality players are ready to visit Pakistan to play PSL 2020. The Defending team Quetta Gladiators picked Jason Roy in their platinum category. While the big-hitting champion Chris Lynn was picked up by Lahore Qalandars. Islamabad United picked Dale Steyn and Colin Ingram in their team. While Karachi Kings snapped up Alex Hales, and the last one Multan Sultans had the duo of Moeen Ali and Rilee Rossouw.

Karachi Kings is one of the PSL teams who believe in hard hitters like Sharjeel khan and Alex hales. They have picked the balance team on the card. The franchise has not yet revealed the name of its captain. It’s a puzzle for Karachi king fans who will lead the teams, Below we have listed Karachi king team members according to their category.

Lahore Qalandar is one of the favorite PSL teams for every PSL fans. Team Lahore qalandar is the heart of psl. they have never won a single tournament but still manage to produce good fan following. They have also produced good talents for the Pakistani team. Lahore Qalandars 2020 teams seem to be balanced on the card and they are ready to surprise followers by playing some good cricket, Haris Rauf is the player to look for in 2020 PSL. He is a player to look for as he performed really well in big bash league,

The defending champions of the last season, Quetta Gladiators feature England’s world cup winning side player Jason roy, Whereas Shane Watson, the previous season’s high scorer and the man of the tournament was returned as a mentor of the team. While Sarfaraz Ahmed remains the captain of the team. Quetta Gladiator is one of the consistent teams in psl. They have played really well in the past season and also have a title on their name. Sarfaraz Ahmed is the key player and performed really well for Quetta Team. Here is the list of Quetta players with their category.

Here is the name of the new signings players of the team Quetta Gladiators.

Islamabad team is one of the consistent teams among other PSL 5 Teams Squads. they have a good past record under their belt. They have won two Psl Tittles, the most successful team of the last PSL season features the hard hitter Phil salt and the amazing pacer Dale Steyn.

Peshawar Zalmi has preferred consistency by retaining all the three platinum category players. The Zalmi fans’ all-time favorite, Darren Sammy will now continue as the captain whereas the signing of the likes of Shoaib Malik aims to further strengthen the team’s Peshawar Zalmi 2020 squad.

Multan Sultans 2020 Team Squad: The name of the skipper is yet to be announced, as LALA ( Shahid Afridi) is continued by franchise as in the Diamond category and play as an Experience player in the series. While Multan Sultans strengthen their team by adding Moen Ali to its squad. Ravi Bopara is also one of the key players in their team. Multan team looks good on the table, they can beat any team on their day. 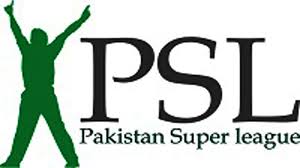