In recent news. Indian all-rounder Youraj Singh announced to play in this new exciting cricket league. He’s an exciting addition in this league. He’s a must-have a player for any team as he can bet and bowl well too. Youraj have experience behind him as he played many tournaments all around the world. As we all know his cricketing abilities, he can change the game in a matter of minutes. Youraj have a good track record behind him when its come to a shorter form of the game. He’s a player to hit 6 sixes in an over against England. He’s a game-changer and one of the best Indian hard-hitting players. Many Indians fans will look forward to watching Euro Slam T20 League because of youraj singh taking part in this tournament. 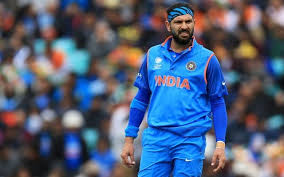 This league will be an exciting addition for cricket lovers. as it features many quality players from different countries. Shahid Afridi will be another hard-hitting batsman to watch out for. As we all know no one can beat Afridi when its come to hard-hitting. he can hit any bowler in the world in any pitch or ground. Cricketing fans from allround the world will love to see him playing again on the ground.

Its venue will be an attraction too as its new for cricket fans. Cricketing fans will be able to see many new faces as many players from Ireland and Netherland will take part in the tournament.