The winning captain of 2019 world cup, Eoin Morgan will take part in Euro T20 Slam and likely to play For Dublin Chiefs Team in the tournament. Many other experienced players are taking part in the tournament.

A player draft was staged on last Friday in which many experienced players are taking part in the six teams. Shane Watson, Imran Tahir, Shahid Afridi, Babar Azam, JP Duminy, Brendon McCullum, and Dale Steyn are going to play in the league. Euro Slam T20 Competition is going to start on 30 August 2019. All Matches will be going to play in 3 cities including Edinburgh, Amsterdam, and Dublin. Many local Irish Players are taking parts in Euro T20 League. 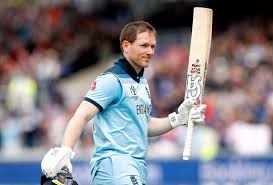 Eoin Morgan will have confidence on his back as he is a world cup 2019 winning team captain and he is going to play in his hometown in Euro T20 Slam League. He’s an experienced player with a good track record behind him.

it will be an electrifying tournament with something new for cricket fans all around the world. They will watch many new local players in a bigger event with many experienced players from all over the world. Its will also be a confidence booster for local players to play with international stars and get the experience of the international level of cricket.

Let us see who will perform well in this tournament and wait for some new stars in cricket. Meanwhile, Don’t forget to see our post on Euro T20 Slam Schedule